In case you don’t know, I live in a sprinter van! Now, before you click away, let me explain myself.

(Scroll to the bottom to see pictures!)

I live in a van by choice with my husband and my two dogs. This was a dream of ours and we worked really hard to make it happen although all the odds were stacked against us.

You see, I was living in Los Angeles with my now husband and I was incredibly unhappy. Living life pay check to paycheck, never getting to see my fiancé, being too tired to pursue my own dreams or hobbies, and living in a tiny 400 sq ft apartment that I was paying way to much for. It was around the time that we got engaged in April 2016 that I decided this was the path I wanted for our future. I wanted to quit our jobs, get married, buy a van, renovate it out, and set out to travel North America while starting our own businesses from the ground up.

You see… If growing up has taught me anything, it’s that we are not promised the age of retirement. My own mother passed away at a very young age and never got to achieve many of the dreams that she had. She taught me that if I want something and I have the means to pursue it, then why wait?

That’s not to say my decision is the right one for everyone, but IF you feel stuck, like you’re missing something, like you’re constantly searching for something more… Then stop waiting for it to come to you. We TAKE what we want and give OURSELVES the permission to have it.

We had set our wedding date to be April 8th, 2017 so we knew we had to make major life changes if we wanted to pay for a wedding, honeymoon, van, and a build out. PLUS enough money to get by while we’re traveling. And I wanted to do it in ONE year. Crazy, right? Save up over 50k on restaurant jobs alone? Well, I was determined. I had an insane dream that I was making damn sure happened.

We weren’t met with cheers and acceptance going into this. There were handfuls of people who doubted us along with people who flat out disapproved, including my family. It took me months to get them on board and even then they were skeptical of us actually doing it. Then came the people who were jealous of our decision and tried to bring us down. But you know what we did? We ignored each and every one of them. We knew this was the right decision for OUR life so who cared what anyone else thought?

We were living life as one now and if we both wanted something, we were going to make it happen.

Our first step – move. We knew we couldn’t make this happen by living in Los Angeles so we picked up and moved to Arizona. Our lease wasn’t up until October though so by the time we moved we only had 6 short months to make it happen. I had never left Southern California before so moving to a different state was beyond uncomfortable for me. But, like I said, I had a dream and I was set on making it a reality.

We ended up working at the same restaurant in AZ… And it was the worst job we both have ever had. I had never been so disrespected by so many people in my life. I cried everyday because of the things they would say to me. I stuck it out for as long as I could, but finally decided my happiness was worth more than any job ever could be. A short time later Joe quit as well after some awful things the owner did to him. We knew that even though we desperately needed the money, we deserved better. Luckily it didn’t take long to find other work. We struggled a lot in our life in Arizona… it truly tested our relationship. We had to give up a lot. Nights out with friends, new clothes, traveling, things that made us happy to do, we gave up. We saw a finish line and knew we couldn’t make stops along the way. I’m thankful that even though it was hard, we got done what we needed to get done. To save as much money as we could.

We got married in Joshua Tree, CA at a beautiful venue in the middle of the desert. We then had an incredible honeymoon and then moved in with my grandparents and went straight into search mode. It came as a surprise to us that the first van we went and looked at ended up being the van we purchased! Full disclosure here, we had absolutely NO IDEA what we were doing. I only knew what my research over the passed year had given me. But electrical? Wood work? Solar? I had no clue how any of it worked, I just knew that I wanted it enough and that’s all that mattered.

The rest would work out eventually.

Our goal was to leave the 1st of June, which meant we had 20 DAYS to tear apart the van and build our new home in it. With the help of my papa, we got to work. There were many tears shed, lots of blood lost (my own, really..), and a good amount of arguments that went into the build. We often questioned if we were going to be able to afford it, but pursued forward regardless. In the end, we had our dream home. Equipped with everything I could ever need in a home, sans toilet and shower… but who needs those!

We’ve now lived in our van traveling and visiting friends and family for 9 months, and I could not be more proud of myself to have worked so hard to get here. We’re living the life we dreamt of. We’re living a life that so many people told us we couldn’t. Sure, we struggle, but we’re so incredibly happy. And happiness to us is all we’ll ever need in this lifetime.

We could be poor or rich, but if we weren’t happy we’d change things immediately no matter what the cost.

My point to this story is this: you can achieve anything you put your mind to no matter what anyone thinks of it. If you want to  walk on the moon, become president, own a club, be your own boss, WHATEVER your heart desires, you can do it, AS LONG AS you’re willing to put in the work to get there. We made this crazy decision because we knew it would enrich our lives. We knew it would make us better people. And if you’re struggling to make a dream into reality, maybe you just need to sacrifice a little bit more to get there. Whether it be that night out, or that new outfit, or whatever it is you like to spend your money and time on, maybe you just need a bigger nudge in the right direction. Or maybe you need to stop worrying if your friends and family will approve. Or maybe you just need to sit down and write out a plan of how you will make it happen! Writing things out always helps me to get focused and clear about my goals.

I promise you, if you strive for what you want, happiness can’t help but follow.

Want MORE Be Confidently You? Be sure to sign up HERE to become a part of the Confident Crew and be the first to receive everything NEW and exclusive weekly tips and tricks that you’ll only receive by being apart of the team! Plus, you’ll receive my TWO free guides just for joining the team! 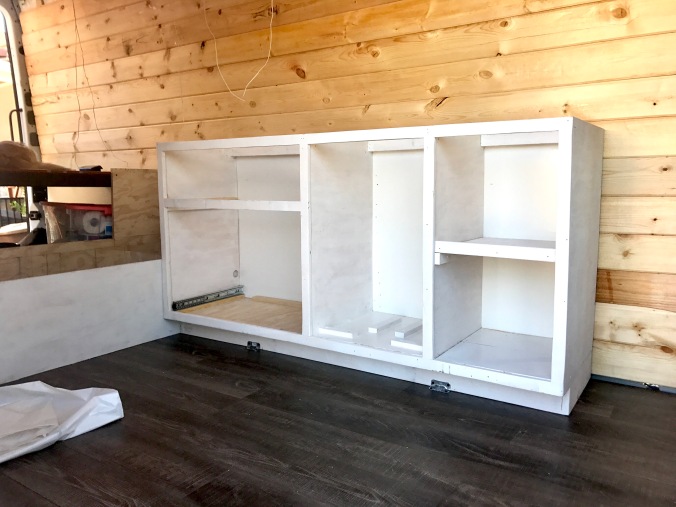 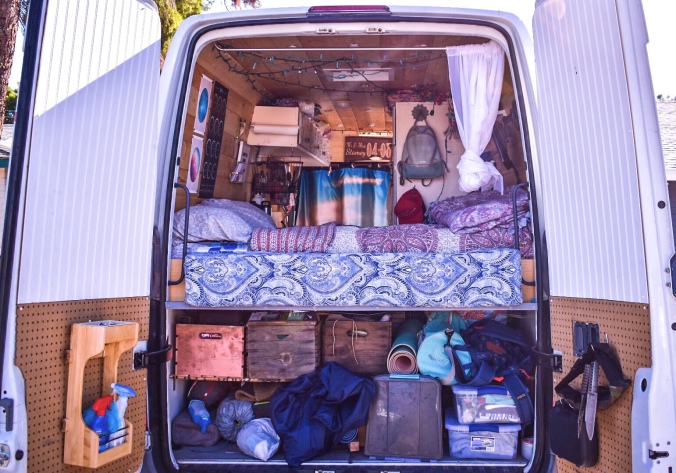 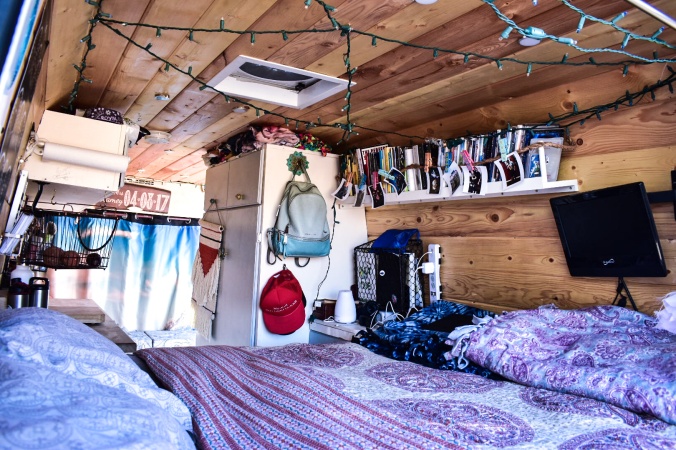 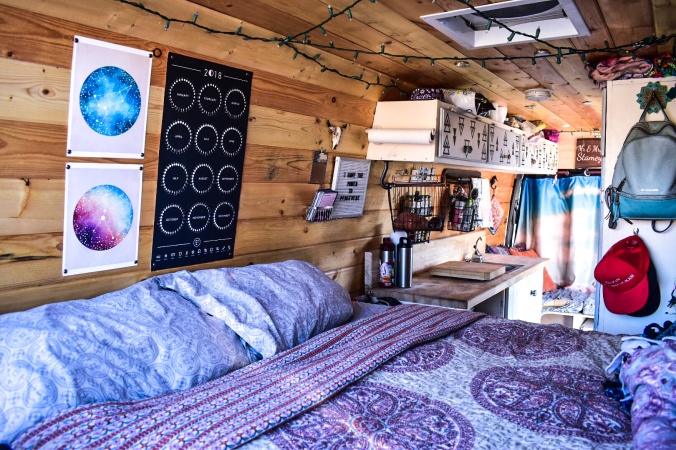 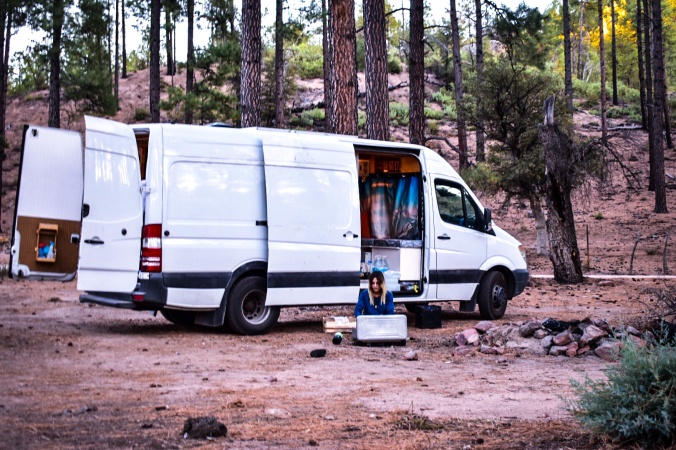 7 thoughts on “Blog: How I Ended Up Living in a Van”

This site uses Akismet to reduce spam. Learn how your comment data is processed.

Latest on the Blog 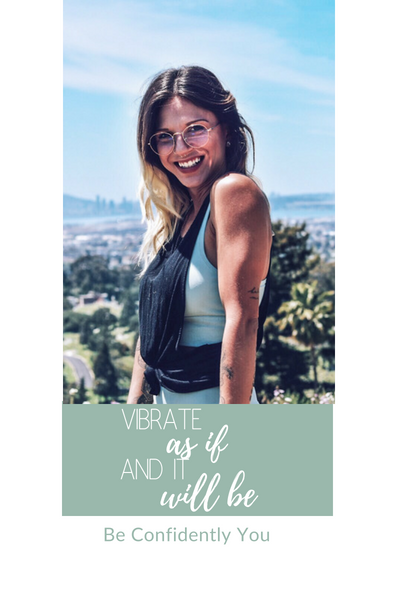 Plus, a BONUS gift

“6 Steps to Master Your Year”